Have a Merry Christmas and the best for 2013.

I hope you enjoy this text I came across on the Internet on King Arthur and Christmas. 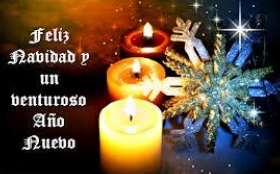 King Arthur’s Christmas Tea
‘Twas long ago in Camelot, one snowy winter’s day,
King Arthur had been thinking, and to Merlin he did say,
«What shall we do for Christmas, bach, to celebrate this year?
December’s hard upon us, and the day is drawing near.

«This year I don’t want any wars, or green men with an ax,
I don’t want any dragons, or anything to tax
Myself or my Round Table.», «Well,» said Merlin with a grin,
«Let’s have a good old Welsh te bach, and ask the neighbors in.»

«I like the idea,» Arthur said. «I’ll leave it up to you,
You’re the Welshest man among us, and I know you love a ‘do’.»
«All right,» said Merlin, «if you wish, I think I can contrive.
Just leave the whole thing up to me until the guests arrive.»

Merlin sat and made a list of debts he had to pay.
He looked in all his address books, the cards went out that day,
And in the country round about there soon began to be
A great anticipation of King Arthur’s Christmas Tea.

Then Merlin made arrangements, and recruited helpers, too,
Queen Guenevere and half her maids signed up for kitchen crew.
And half of the Round Table soon were helping them as well,
A Christmas application of a very special spell!

Camelot got house-cleaned from the bottom to the top,
Sir Lancelot turned out to be a dab hand with a mop.
Sir Lionel and Dinodan then polished up the floors,
While Percival and Galahad hung holly on the doors.

Sir Modred and Sir Tristram soon set up the Christmas tree
Right in the center of the hall, a fine fair sight to see.
Then Lamarok and Sagamore hung paper-chains and balls
And lastly Merlin lit the lights that twinkled through the hall.

Meanwhile, in the kitchens they were baking up a storm,
Teisennau bach and crempog, and Welsh cakes fresh and warm,
Pwdin Mynwy, Bara Brith, and tons of gingerbread,
They made them all by bushels so the guests could all be fed.

Then everyone dispersed to change into their Christmas best,
And Merlin went to Arthur, telling him he’d soon have guests.
Then he himself went off as well to tidy up a bit,
And draw a breath or two in peace before the panic hit.

Of course some guests came early, there always are a few
Who must anticipate the start of almost any ‘do’!
So Merlin set them all to work to help and make the tea
Which as usual wasn’t ready by the time that it should be!

Merlin poured the sherry, he had made it all himself,
And let it set to age at least three hours on the shelf,
Then added just a pinch of bat, he wanted it to be
The very best of beverages for Arthur’s Christmas tea.

King Melwas arrived early with the Lady of the Lake,
And Niniane not far behind, they each had brought a cake!
King Mark and Queen Iseult came late, Cornwall was quite a drive,
But they wouldn’t want to miss it, not while Tristram was alive.

King Lot came down from Orkney on the wings of the North Wind
With his Queen and sons and servants, it was clear they meant to spend
The holidays at Camelot, invited they were not,
But that’s the way with relatives, some put you on the spot!

Kings Urien and Charlemagne and Maelgwyn Gwynedd came
And several hundred others who I won’t attempt to name.
There was tea and cakes a-plenty, there was sherry, port and rum,
And whatever you can think of, why, I’m sure the guests had some!

They ate and drank and laughed and talked, the children had a ball
When they found the Christmas crackers Merlin hid about the hall.
There was music, too, the harpers played until their strings wore out!
And conversation filled the place until you had to shout.

The party lasted half that day and half the night as well,
If the food and drink had not run out I think they’d be there still.
And when at last the guests had gone Arthur surveyed the hall
And said to Merlin, «Merlin, bach, you really gave your all.»

«It’s a special magic,» Merlin said, and sighed, for he was tired
And Arthur nodded. «Yes, it is, and one you’ve well acquired.
I’ve never seen a party that was so full of Christmas cheer,
Let’s have another like it, please, but not before next year!» 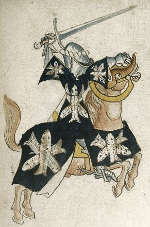